Every country has its own official language. And, Portuguese is the third most spoken western language after English and Spanish.  It contributes greatly to the development of English language, as some English words are derived from Portuguese e.g. tank from tankque, cacao from cacao, marmalade from marmelada and many more In addition, the word ‘parentes’ in Portuguese is similar to ‘parents’ in English. But, it means ‘relatives.’ And, ‘pais’ is ‘parents’ in Portuguese. 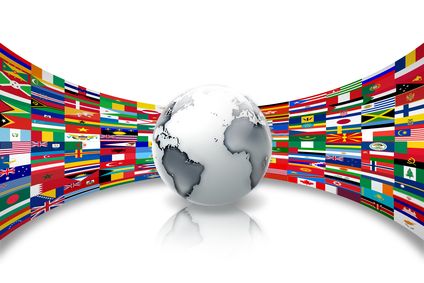 There’re also many proverbs in Portuguese language. You should know their meaning if you want to start your business in a country where Portuguese is an official language. If you don’t know the language, running a business without the help of Portuguese translation services (like Language Oasis) can be a challenge.

Here’s a selection of proverbs that are very typical. They express culture and values of Portuguese people. So, you can use them a lot when you’re in Portuguese either for business or tourist purposes.

This means necessity is the mother of invention i.e. the adverse circumstances make you creative and enable you to dig out creative solutions for your needs.

The meaning goes like – the bird that eats peppers knows his own ass. You should keep yourself ready to face the consequences of what you have done.

One who doesn’t want to see is the blindest of the blind. In many organizations, you may find some people who are sycophant. They shut their eyes to the hide the truth just for their own benefits.

One shouldn’t eat meat where one earns his bread. In Portuguese language, the words pao and carne have symbolism. Pão means “bread” and “loaf” too. It is countable. It means also “food” in general. “Carne” means “meat” (for eating) and “flesh” (in a religious and metaphorical sense). People from Japan, China and Korea can recognize the metaphor if they replace bread for rice.

This is a very whimsical proverb that plays on the religious implications of the words for stating a very humdrum saying: that you should not take a lover for a co-worker.

You should remember that the word “comer” (to eat) comes with double meanings: in informal slang it means to have sex.

The walls have ears. This phrase is used as a warning. It means what you say may be overheard.

Communicating in Portuguese lets you have an incredible experience. You can find people speaking Portuguese in Portugal, Brazil, and Cape Verde. Besides all these, Portuguese is also the official language of several places such as Angola, Guinea-Bissau, Mozambique (Moçambique), and São Tomé and Príncipe.