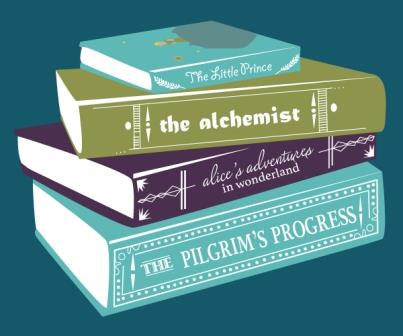 Every language is a world. Without translation, we would inhabit parishes bordering on silence. – George Steiner

The best books of the entire human history are also the most translated copies across the world. No matter what country, community, race, or culture the reader belongs, good books have the power to touch the soul of any reader. However, in this route and relation of a book and a reader; language may come as a barrier. If books are to be enjoyed widely, they need to be translated in different languages. But with thousands of languages in the world, is it possible to translate a single book into so many copies?

Let us explore the answers of this question by collecting information about those books which have been translated in maximum languages.

The Little Prince (French)
Written by the French writer, Antoine de Saint-Exupery, The Little Prince has been translated into around 253 languages. After publication in 1943, this book has sold more than 50 million copies across the world! The book is a poetic tale, and with watercolor illustrations by the author, it depicts the story of a pilot who meets a young prince fallen to the Earth from a tiny asteroid. The book is crowned to be one of the 50 best-selling books ever published.

The Adventures Of Pinocchio (Italian)
Renowned for being one of the most popular children’s storybook on the earth, Pinocchio has had around 240 translations. Written by Italian writer Carlo Collodi, the book is a story of a puppet boy Pinocchio who dreams of becoming a real human boy. Pinocchio is quite famous for his nose that grows longer every time he tells a lie. The popularity of this Italian novel was such that it has also been adapted into film and theaters.

The Adventures of Tintin (French)
The Adventures Of Tintin is a series of comic albums depicting the heroic adventures of a young Belgian reporter named Tintin. Written by Belgian writer Georges Rem in 1929, this story has been translated into approximately 112 languages.

The Alchemist (Portuguese)
Written by Brazilian author Paulo Coelho, The Alchemist has been translated into approx. 80 languages. Published in 1988, The Alchemist is a story of a shepherd boy named Santiago who is following his dreams travelling from his home Spain to Egypt.