Translation is not a cakewalk! It requires professional skills. Talking about rendering legal document translation services, it involves several challenges that only a proficient translator can tackle.

So, the translation should be done with extreme care and consciousness. Otherwise, it may create embarrassing situations not just for professionals (translators & interpreters), but also for the person who is using that translation.

Necessarily, the professional should be a hardcore lover of the language.

Now, this post describes the 5 most embarrassing translation mistakes ever recorded in history. 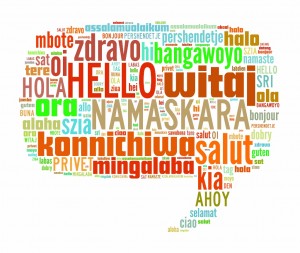 Let’s take a glance at them, one by one:

“I fok horses” (By the Dutch Minister of Foreign Affairs to John F. Kennedy)

Well, many say it a myth. However, on April 10, 1961, when John F. Kennedy met Joseph Luns, the former Dutch Minister of Foreign Affairs, he asked  Luns about his interests, and Luns answered, “I fok horses.”

In Dutch the verb “fokken” describes “to breed,” and this is what Luns was trying to say.

To negotiate the release of the American hostages, United Nations Secretary General Kurt Waldheim visited Iran in 1980. When he arrived in Tehran, he announced, “I have come as a mediator to work out a compromise.”

Within an hour of this announcement, angry people of Iran threw stones at his car.

The word “compromise” has a negative connotation in the Persian language, which refers to a sellout, as in “our principles were compromised.” Further, the word “mediator” implies in Persian as “meddler” rather than a helpful envoy. So, the translation was “compromising a woman’s morality,” with an aim to humiliate Iran.

In 1956, the Soviet Premier Nikita Khrushchev said, “Whether you like it or not, history is on our side. We will dig you in.” However, it was interpreted as “We will bury you!” to Western Ambassadors at the Polish embassy in Moscow.

The phrase was published across magazine covers and newspaper headlines.

“When Moses came down from Mount Sinai his head had horns” (By the St. Jerome’s Translation)

St. Jerome was a priest, confessor, theologian, historian, and most importantly the patron saint of translators. He studied Hebrew to translate the Old Testament into Latin. The final Latin version that became the foundation for hundreds of succeeding interpretations carried a great mistake.

When Moses comes down from Mount Sinai, his head had “radiance” or, in the Hebrew language, “Karan.” However, Hebrew is written without the vowels, and St. Jerome had read the word “Karan” as “Keren,” or “Horned.”

This error came centuries of sculptures and paintings of Moses with horns and the odd offensive stereotype of the horned Jew.

“Excuse me, I’m constipated” (In a Meeting by a Spanish Delegate to the French)

According to “Mâcher du Coton,” a book by John Coleman- Holmes, a Spanish delegate in a meeting with the French said in this microphone, “Estoy constipado, perdónadme,” which means “Please excuse me, I have a cold.”

The French interpreter, due to lack of attention, rendered his words as, “Excuse me, I’m constipated.”

As of result of it, the French delegation collapsed into hysterics of laughter.

So, these were the 5 translation mistakes. If you are an organization or an individual reading this, for legal document translation services, you can get in touch with the Language Oasis. We have some brilliant minds rendering these services. To understand more, you can give us a buzz at 888-670-3369.